Best viewed in FireFox and on desktop

This is a documentation of a series of meetings/workshops I am organising together with Christina Karagianni. Our intentions come from personal experiences and we seek to explore the silencing of excluded voices, and go beyond their barriers. We combine our practices -her practice lies on choreography and dance and mine on social interaction, voice and sound- in moments of Leeszaal, an open local library, a public space of diversity. How can we engage politically with the exclusion of specific voices from the public sphere? We are borrowing methods from feminist groups and protest movements and vocal warming up exercises by Pauline Oliveros. For example, protesters would amplify the speaker's voice by repeating collectively their speech to make their presence visible. Feminists would create safe spaces where women could speak about domestic violence and make a dialogue based on listening.
We invite
during the workshops we've realised that we should reconsider the terms female/male and how to refer to those voices when inviting people
people from Leeszaal and our environment, who find themselves related and interested to this topic. The produced material is being included in an audio archive,
player. 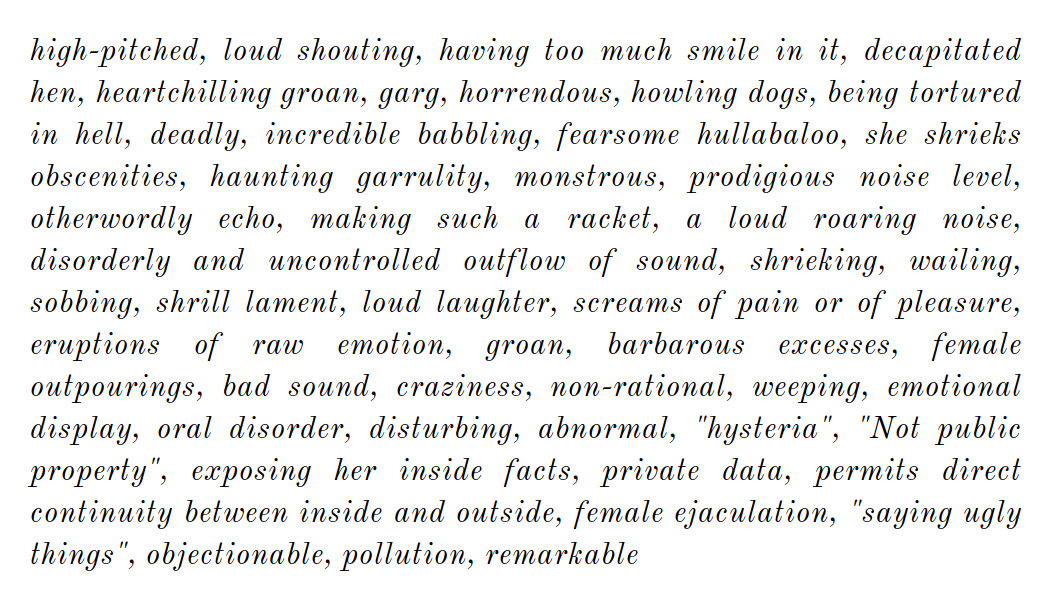 The podcast "Blocking our Voices" includes a series of episodes about the ways we learn to self-control and sensor our speech. All the podcasts are made from parts of the "player", an online archive, with my voice as a narrator. The voices and sounds, you will listen to, come from workshops I have co-organised, soundwalks and media sources from a body of research.

The podcast "Voice's Transition" includes a series of episodes about the electronical transformation of one's voice into another voice in terms of gender. All the podcasts are made from parts of the "player", an online archive, with my voice as a narrator. The voices and sounds, you will listen to, come from workshops I have co-organised, soundwalks and media sources from a body of research.

The podcast "Mediating Speech" includes a series of episodes about the amplification of one's speech through the voice of others. All the podcasts are made from parts of the "player", an online archive, with my voice as a narrator. The voices and sounds, you will listen to, come from workshops I have co-organised, soundwalks and media sources from a body of research.

The player is an audio archive of voices and sounds from workshops I have co-organised, soundwalks and media sources from a body of research. It is a digital utterance that intends to be a reminder to the first forms of excluded female vocal expressions. I am using this material in my podcasts by mixing and overlayering them and creating a form of narrative with my own voice.

'Let's Amplify Unspeakable Things' is an online platform of exploration and research, regarding
female voices
The term 'female voices' refers as well not only to the feminine, queer, non-binary voices but also to the primitive and non-rational ways of expression, that the contemporary democracy tends to exclude
in public and their amplification, developed by Angeliki Diakrousi. It creates a space for excluded voices to be explored (online and physical spaces), that questions the establishment of authoritative voices — which construct exclusive speech platforms and binaries, along the assumption that voices have to be rational in public dialogues. It includes a set of
podcasts
Different frictions emerged, between the technical and non technical
that revisit and overlay an archive of audio recordings, produced in situated
workshops
and soundwalks, and media sources from a body of research. 'Let's Amplify Unspeakable Things' is based on the concept that amplification can provide presence through repetition and multiplication, as the structure of the workshops and the website reveals. The project itself is a process of feedback and iteration of actions, throughout a period of four months, situated around the space of Leeszaal and hub.xpub.nl. It exists in between the friction of institutions (a public library and an academy) and different public spheres (wereldvrouwen, academic), and it aims to go beyond their binaries.

This is a thesis of three essays which relate to female and collective voices, and their mediation. The essay address the voice as a feminist tool for communication; studying how the female voice creates conditions for forms of listening and making space. Historically, some modes of address have been marginalized and shut out of the public domain. Collective voices are marginalized under the realm of patriarchal individualistic society. Even though voice is a medium for collective practice it is situated in a context that tends towards social binary structures and oppositions that restrict its possibilities. These binaries have held influence on Western thinking since antiquity. Nevertheless, the nature of voice and its mediation overpass oppositions of gender, nationality, culture, space, technology and power relations. My research seeks to unravel these political capabilities of voices, in order to explore democratic ways of communication that embrace excluded forms of address.

This is a diary from my first experiments. It includes mostly material from my walks. I recorded sounds from the West Rotterdam,
while walking around the neighborhood of 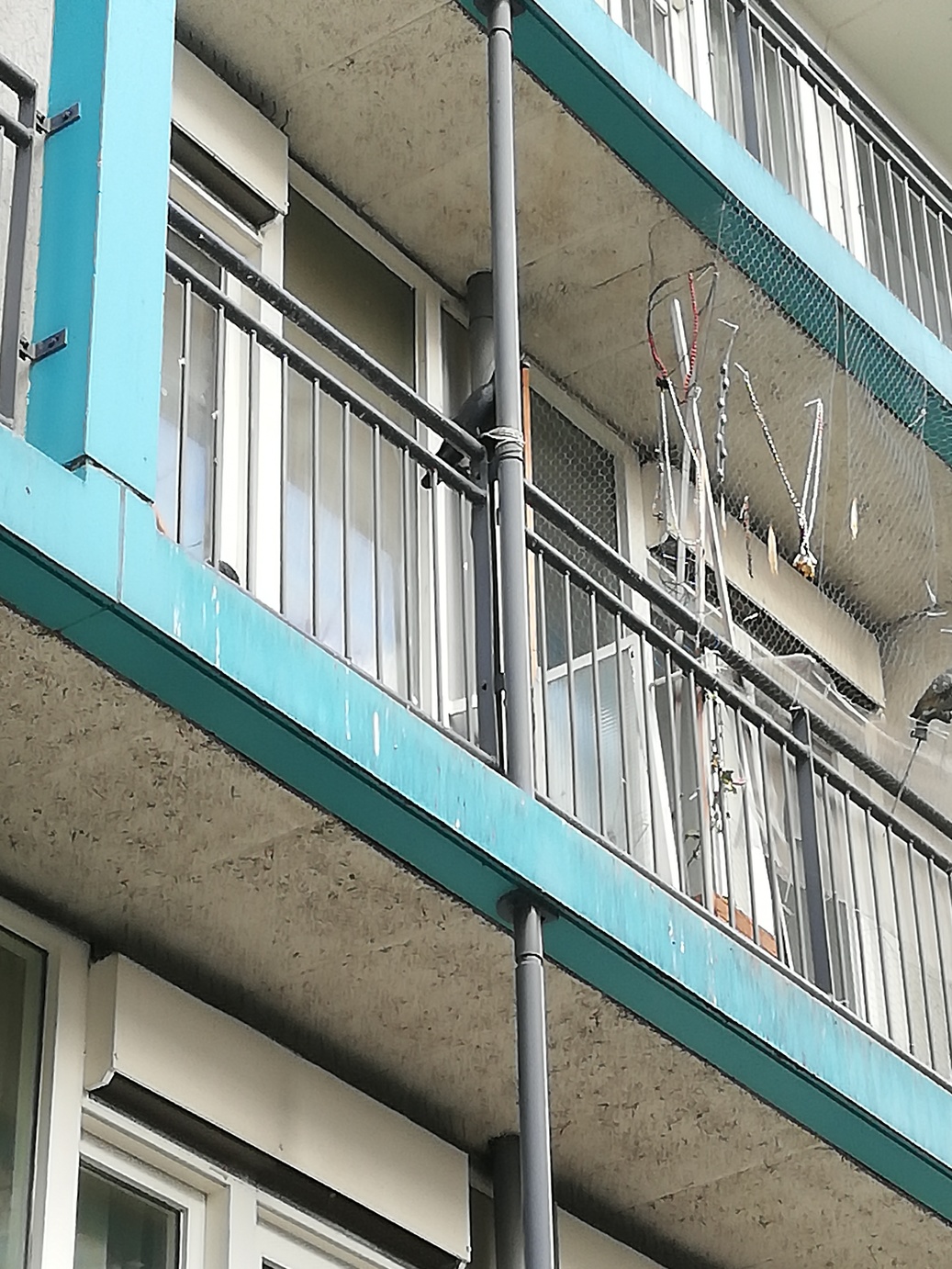 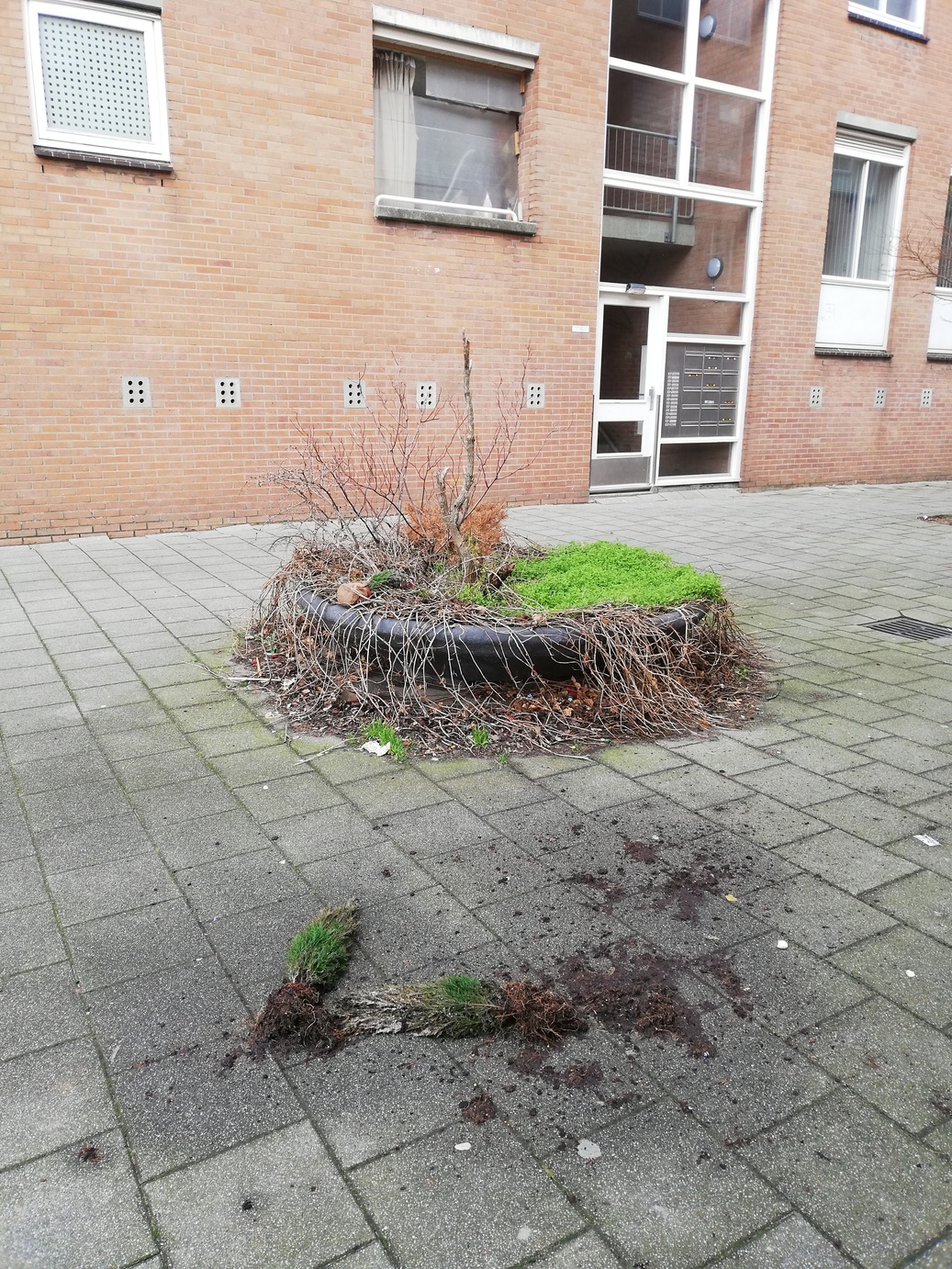 Leeszaal for several days. This action was part of my first experiments when I was in attempt to understand how gender binaries regarding voice are reflected in space, especially public space.